Skip to content
This is one in a series of racial wealth snapshots.
See more here.
Download Infographic

Women have made great strides in the workplace, comprising nearly half of the workforce and surpassing men in higher education achievement. Yet women still earn less income, have less wealth and face greater economic instability than their male counterparts. The economic instability men and women face is profoundly influenced by racial economic inequality. This snapshot will briefly review the socio-economic differences between men and women and highlight how those differences intersect with racial and ethnic disparities in the United States. 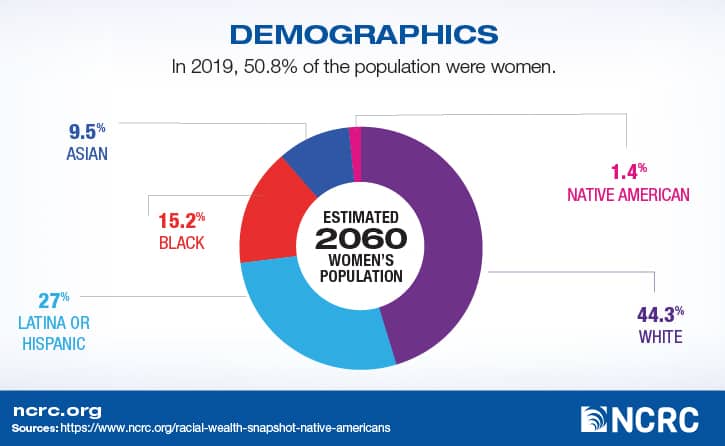 Conversely, Black, Latina and White women have experienced similar increases in labor force participation rates since the mid-70s, increasing about 15%. During this near 50-year period, Black women have been the leaders among women in labor force participation, with rates ranging from 53% to 66%. Both Black and White women saw the height of their labor force participation rate in 2000, with a gradual decline for both groups until the 2020 COVID-19 pandemic brought a more dramatic drop. In light of the COVID-19 pandemic, women and men have seen similar workforce declines. Approximately 17% of women in the sample either lost their job or were told not to work due to the ongoing COVID-19 pandemic, compared to 15% of men. This also holds for those who took unpaid leave, with women accounting for 16% to men’s 15%. The decline in labor participation has been the reality for both men and women since post the Great Recession, only exacerbated by the pandemic. 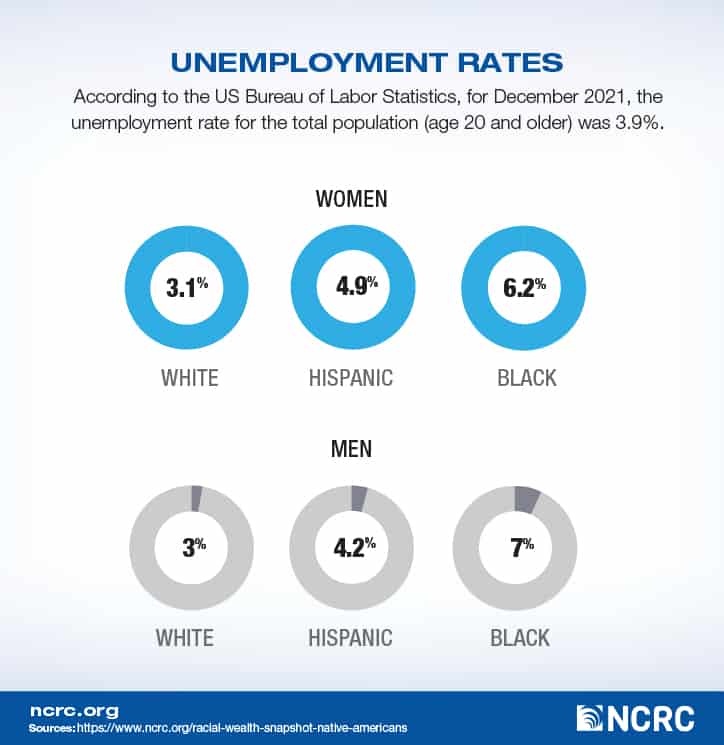 Women’s earnings differ considerably between varying racial and ethnic groups. In all but one of the major racial and ethnic groups, women earn less than men of the same race or ethnicity. The size and nature of this gender disparity varies significantly among racial and ethnic groups. In the fourth quarter of 2021, Asian Americans had the most significant gender income inequality, with a $17,000 annual disparity between men and women. Asian American men have weekly median earnings of $1,499 or about $78,000 over 52 weeks compared to Asian American women making median weekly earnings of $1,165 or $61,000 a year. Among Whites, the income gender disparity over a year is $10,000, with White men making approximately $59,000 and White women making $49,000. The Hispanic gender income disparity was only $6,000, with Hispanic men earning about $44,000 a year and Hispanic women about $38,000. 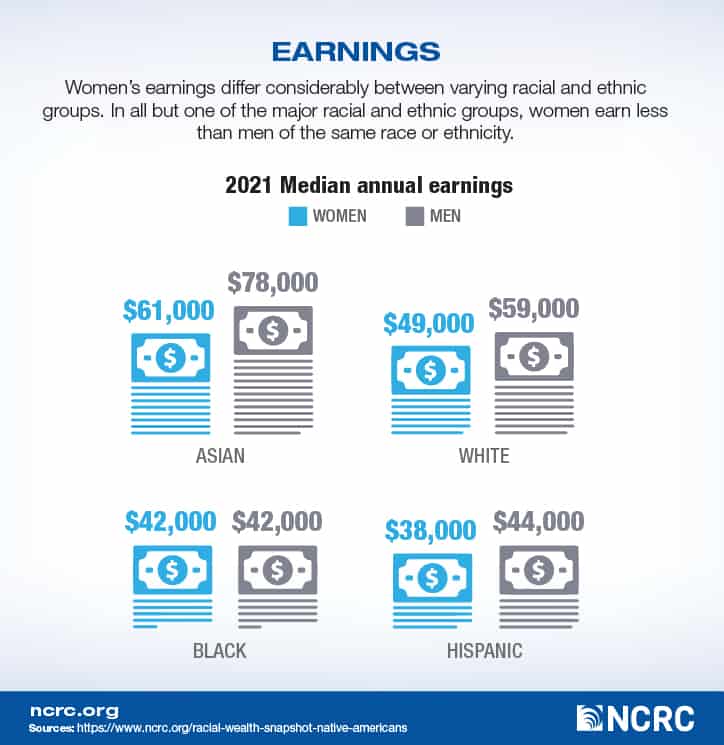 There are dramatic disparities in poverty rates by racial and ethnic groups and smaller disparities by gender. Men and women of color are more likely to live in poverty than White men and women, whose poverty rates in 2019 were 7% and 9%, respectively. In the same year, the rates of people of color who lived in poverty were 19% for Black men and 23% for Black women, 22% for Native American men and 25% for Native American women, 16% for Hispanic men and 19% for Hispanic women, and 10% for both Asian men and Asian women.